Soil acidity is one of the most important parameters characterizing soil properties and its properties depend on its value and suitability for plant production. Acidity is one of the most important properties of soils, determining the course of many soil processes, and therefore it directly and indirectly influences metabolism, nutrient digestibility and the development of living organisms, including the yielding of crops (Blake et al. 1999, Kaczor and Kozłowska 2000 , Filipek and Skowrońska 2009). From a chemical point of view, the acidity of a soil expresses its acidic hydrogen content (i.e., hydronium cations). 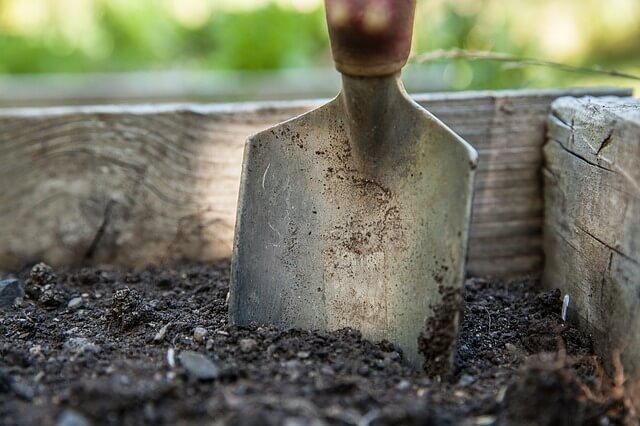 In practice, the actual form of acid hydrogen is replaced by the colloquial and universal concept of the hydrogen cation. The hydrogen cation is accumulated in the soil both in the solid phase of the soil and in the soil solution. In the solid phase of the soil, the hydrogen cation is held by various forces. The weakest of these are the electrostatic interactions between the dissimilar elementary charges of the hydrogen cation and the negative charges accumulated on the surface of the solid phase of the soil. The most fragmented part of the solid phase of soil with a residual elemental negative charge on its surface is the soil sorption complex. It consists of mineral colloids (mainly secondary clay minerals) and organic (soil organic matter, and above all soil humus).
The origin of this charge on mineral and organic colloids is different. In the case of mineral colloids, it is usually the residual negative charge of the oxygen atoms and hydroxyl groups accompanying the silicon and aluminum atoms in the crystal lattices of minerals, occurring at the edges, external and internal surfaces of the mineral packages, and a strong negative charge resulting from the isomorphic exchange of higher valent atoms with atoms with lower valence in lattices of crystalline minerals. This type of strong negative charge is formed on 2: 1 clay minerals from the illite group. On the other hand, the negative charge on organic colloids is the result of the dissociation of carboxyl (-COO-) and phenolic (-O-) groups attached to aliphatic and cyclic carbon chains of organic matter. Due to the multitude of these groups, the amount of negative charge accumulated on organic colloids is much greater than on mineral colloids. The electrostatic interactions between dissimilar charges are relatively weak and shape ion sorption called soil exchange sorption. The amount of negative elementary charge accumulated on the solid phase of the soil is therefore responsible for the so-called sorption capacity of the soil. It is saturated with cations absorbed there. Some of them are basic (Ca2 +, Mg2 +). Hydrogen cathons are also retained on the sorption complex by exchangeable sorption. In the optimal state of saturation of the sorption complex with ions, the hydrogen cation should constitute approx. 20%. In addition to the hydrogen cation accumulated on the sorption complex, there may also be an exchangeable aluminum cation (Al3 +). Desorption of exchangeable aluminum from the sorption complex to the soil solution results in an increase in the content of hydrogen ion in the soil. This is due to the hydrolysis of exchangeable aluminum (that is, the reaction of this ion with water) in the soil. Schematically, this can be illustrated by the chemical equation: AlCl3 + H2O = Al (OH) 3 + 3 HCl 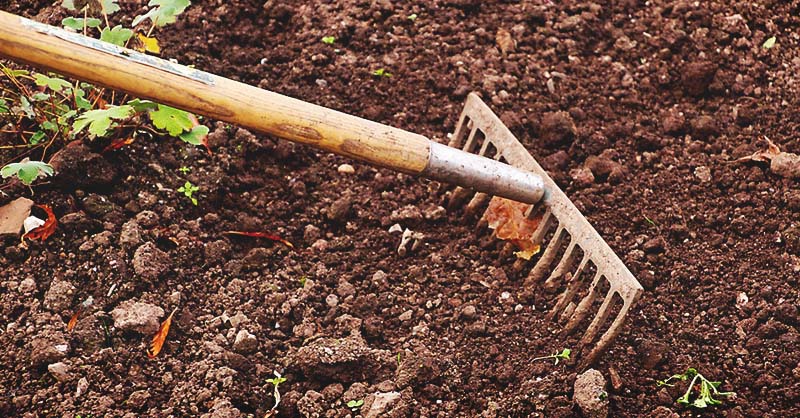 The chemical reaction equation shows that 1 mole of Al3 + is the source of 3 moles of H +. Therefore, the importance of the exchangeable aluminum ion in the formation of the so-called the exchangeable acidity of the soil is much greater than that of the hydrogen cation held in the soil by the principle of exchange sorption. Exchangeable aluminum in the soil appears in large amounts as a result of its high acidification (pHKCl & lt; 5.5). Under these conditions, aluminum salts dissolve and the intensity of weathering of the minerals releasing this ion into the soil increases in significant amounts. This means that the Al3 + ion is both the effect and the cause of further strong soil acidification. As it has been shown that significant amounts of Al3 + appear in the soil as a result of its acidification, the exchange acidity shaped to the greatest extent by exchangeable aluminum increases with soil acidification, and on neutral, especially alkaline soils – it does not occur (because in these soils it is present in the form of water-insoluble aluminum salts and hydroxides). Much more of the hydrogen cation in the soil is held by greater forces than by electrostatic interactions. These are mainly chemical bonds. The amount of this hydrogen fraction in soil can be measured by treating the soil with alkaline hydrolyzing salt solutions (eg CH3COONa, (CH3COO) 2Ca). This hydrogen cation forms the so-called hydrolytic acidity. Together, the hydrogen cations forming the exchange and hydrolytic acidity shape the amount of potential acidity. Thus, the potential acidity is constituted by the hydrogen cations held on the solid phase of the soil, with the potential to pass into the soil solution. Since the concentration of the hydrogen cation accumulated on the solid phase of the soil is in dynamic equilibrium with the concentration of this ion in the soil solution, the amount of H + present in the solution (creating the actual or active acidity of the soil) is an expression of the general state of soil acidification. In this sense, soil acidity is closely related to the concept of soil reaction. The pH of the soil is its chemical property expressing the quantitative relationship of the opposing H + and OH- ions present in the soil solution. The pH of the soil is a measure of the pH of the soil. The concentration of the hydrogen cation in the solution ranges from 10-14 to 10-1. Therefore, a logarithmic scale was used to assess the pH of the solution. Then, at the lowest possible concentration of H + in the solution, a pH of 14 is obtained, and at the highest (10-1) – pH1. It can be assumed that soil pH is a measure (expression) of soil acidity (its acidity state). In the case of the predominance of hydrogen ions in the soil solution, we deal with acid soil, in the opposite situation – with the predominance of hydroxide ions – with alkaline soil, the relative balance of the concentrations of both types of ions determines the neutral pH of the soil. 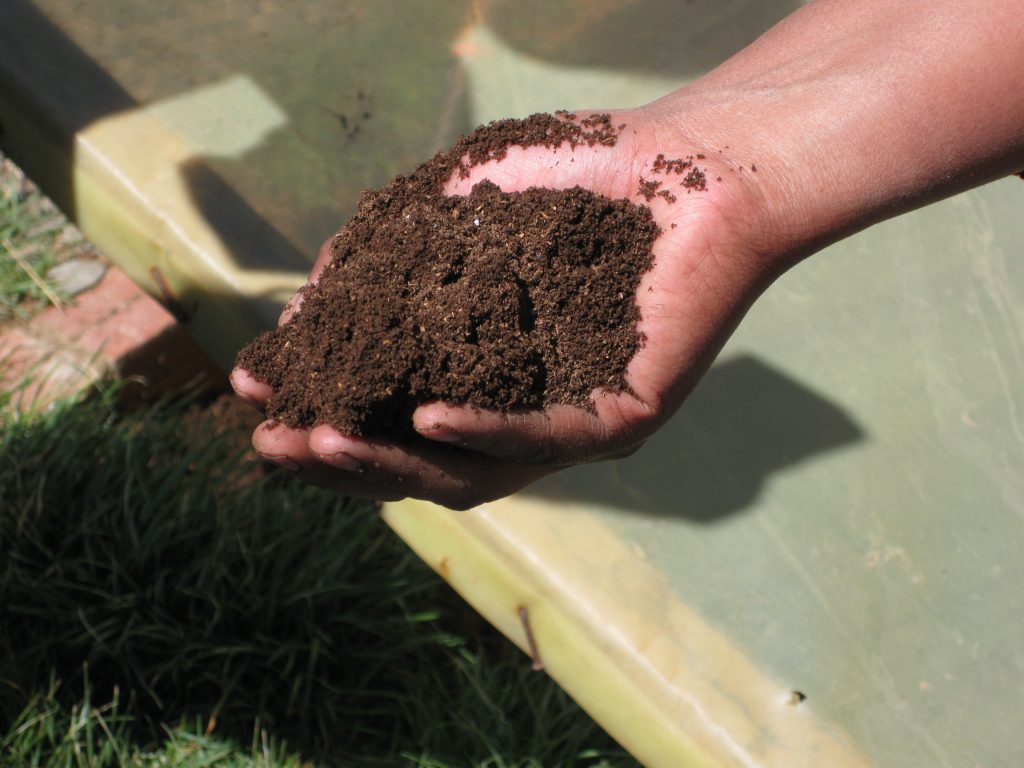 The presented interpretation of the pH of aqueous solutions of the substances and the assigned pH values are not directly applicable to the assessment of the pH of the soil. As the reaction of plants to a different concentration of H + in the soil solution at pH & lt; 7, classes of soil reaction were separated to express this effect: strongly acidic, acidic, slightly acidic, neutral and alkaline. Soil pH measurement can be carried out in an aqueous soil suspension and in a 1Mol KCl solution. In agricultural practice, pHKCl is of more practical importance than measurement in an aqueous suspension. Soil pH changes during the growing season due to the uptake of ions by plants, soil chemistry, temperature and changes in its moisture content. Using a neutral salt solution (with the ratio solution: soil = 2.5: 1), partial desorption of the hydrogen cation from the soil is forced into soil solution.

This results in a reduction of the measured pH value by even 1 pH unit in relation to the result of the measurement in the aqueous suspension of acidic and strongly acidic soils. This eliminates the influence of soil, agrotechnical and atmospheric factors on the measurement results, and above all gives an image of the actual state of soil acidification and its impact on plants growing in the field: Soil alkaline pH & gt; 7.2
The pH of the soil is neutral, 6.6-7.2
Soil weakly acid 5.6-6.5
The soil is acidic 4.5-5.5
Soil strongly acid & lt; 4.5